CV's of Scientists that are Christians

(See also Issues in Creation and Evolution tab and sub-section History  of Support for Creation Worldview...) 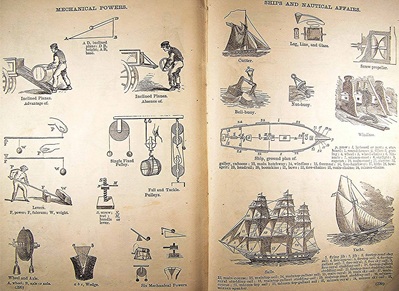 VARIOUS INVENTIONS AS DISPLAYED IN THE NOAH WEBSTER "A COMMON DICTIONARY OF THE ENGLISH LANGUAGE" 1867. Many inventions were by men who had a great reverence of GOD. Noah Webster, who was a prominent educator, had a reverence for God as well.

"Dr David Catchpoole received his B.Ag.Sc. (Hons) from the University of Adelaide and a Ph.D. from the University of New England (New South Wales). His Ph.D. investigated nitrogen transfer between tree legumes, associated grass and ruminant animals (goats). This was undertaken in Indonesia as part of a joint Australia-Indonesia project in forage research, aimed at improving the quality and availability of animal feed.

Dr Catchpoole subsequently worked for the Queensland Department of Primary Industries as a plant physiologist. His research focused primarily on plant nutrition of tropical fruit trees (especially mango), and varietal selection. He has also worked as a science educator at James Cook University, which included lecturing in tropical horticulture." (http://creation.com/david-catchpoole-cv)

"John Baumgardner was working on a Ph.D. in electrical engineering when he discovered the reality of Jesus in a dramatic way through a group Bible study of the Gospel of John. After a four-year tour of duty at the Air Force Weapons Laboratory, where he was engaged in gas dynamic laser research, he joined the staff of Campus Crusade for Christ. Observing the deliberate use of evolution to assault and destroy the faith of Christian college students, Dr Baumgardner began to develop and present classroom lectures and evening forums to expose evolution’s false claims.

Upon realizing that Noah’s Flood involved a planetary-scale tectonic catastrophe, he left Campus Crusade to begin a Ph.D. program in geophysics at UCLA in order to obtain the expertise and credentials to address the problem of the mechanism of the Genesis Flood at a professional scientific level. His Ph.D. thesis research involved the development of a 3-D spherical-shell finite-element model for the earth’s mantle, a program now known as TERRA.

Upon completing his Ph.D. in geophysics and space physics, he accepted a position as a staff scientist in the Theoretical Division at Los Alamos National Laboratory, where he continued his research in planetary mantle dynamics, including the potential for catastrophic mantle overturn. He presented his work describing this mechanism for the Genesis Flood, now known as ‘catastrophic plate tectonics,’ at six International Conferences on Creationism held in Pittsburgh, Pennsylvania."
(http://creation.com/john-baumgardner)
CV John Baumgardner

"Dr. Andrew A. Snelling is a creation scientist with a specialization in geology, and perhaps one of the world's leading researchers in flood geology. He now works as Director of Research for Answers in Genesis - USA,[1] after originally working for Australia's Creation Science Foundation, then Answers in Genesis in Australia, then the Institute for Creation Research in San Diego, California, as an Associate Professor of Geology. He was also a founding member of the RATE group (Radioisotopes and the Age of The Earth). His primary research interests include radioisotopic methods for the dating of rocks, formation of igneous and metamorphic rocks, and ore deposits. He is one of a controlled number permitted to take rock samples from the Grand Canyon.

"Like the rest of ICR’s scientists, Dr. Clarey’s credentials are extensive. He received his Ph.D. in geology and hydrogeology from Western Michigan University in 1996 and has two master’s degrees in the geosciences. From 1984 to 1992, he worked for Chevron U.S.A., Inc., using seismic data to locate oil and gas prospects. He has published many papers on various aspects of the Rocky Mountains and has authored two college laboratory books." From ICR: (online http://www.icr.org/article/introducing-icrs-new-geologist-timothy/)
CV Dr Clarey

Excerpt of Dr Pallaghy's life(from his website) "Born in Kecskemet 1939 in Hungary, to a German mother (Rotraut) and Hungarian father (Kalman), Charles Pallaghy grew up in war-torn Hungary and Germany, and then remained in post-war Germany before emigrating and arriving in Australia at the age of nine. I give much credit to the prayers of my German grandfather Pastor Friedrich Oels and to my parents for the ways God frequently saved our lives through the war years and beyond (see under Testimonies, on Prevenient Grace)… I graduated at the Universities of Melbourne and Tasmania in chemistry and biophysics, respectively. My research career took me to Canberra for four years, and then to Michigan State University for one year where I could have stayed on longer, but hastened back to a University in Melbourne to take up a tenured job on staff…finally took my PhD over four years in biophysics. At my new job, I had to lecture and research in plant physiology…"
Creation 6000

George Washington Carver (Botanical Researcher/inventor-studied the peanut's uses; 1864-1943. A man with faith in his Creator.)

Educational Reporter Feb. 2003 book review of:
George Washington Carver, His life & faith in his own words, William J. Federer, Amerisearch Inc., online 11-2014.
"Despite his education, Dr. Carver insisted that his work was inspired by his Creator. He willingly shared his strong faith in his letters and speeches. In 1920, he told an audience of young Christian men: 'the Great Creator taught me to take the peanut apart and put it together again. And out of the process have come forth all these products!'

In 1897, the distinguished educator, Booker T. Washington, persuaded Carver to leave his comfortable position on the staff of Iowa State College to come to the Tuskegee Institute in Alabama, a struggling school for blacks.'Our students are poor, often starving,' Washington wrote. 'We teach them to read and write, but words cannot fill stomachs. They need to learn how to plant and harvest crops.'

Dr. Carver dedicated the rest of his life to research at  Tuskeegee. In his laboratory, he discovered 300 uses for the peanut, more than 118 uses for the sweet potato, 60 for the pecan, and dozens of uses for other crops, including soybeans and okra. Always, he was inspired, motivated by, and devoted to his God."
(Slide Show G W Carver Below)

"Kepler is best known for discovering the three mathematical laws of planetary motion ("Kepler's Laws") that established the discipline of celestial mechanics. He also discovered the elliptical patterns in which the planets travel around the sun. At a time when the sun and other celestial bodies were still widely believed to circle the earth (geocentrism), Kepler defended Nicolaus Copernicus' theory that planets orbit the sun (heliocentrism) and sought to reconcile it with Scripture.1 He revolutionized scientific thought by applying physics (then considered a branch of natural philosophy) to astronomy (seen as a branch of mathematics)...An "unorthodox" Lutheran, Kepler had a deep love for Christ and the inspiration and authority of Scripture. He is frequently quoted as saying, "O God, I am thinking Thy thoughts after Thee." Strong theological convictions prompted him to find a connection between the physical and the spiritual, and his scientific discoveries led him to believe he had uncovered God's geometrical plan for the universe. In Kepler's view, the universe itself was an image of God, with the sun corresponding to the Father, the stellar sphere to the Son, and the intervening space to the Holy Spirit..." From ICR about Johann Kepler see link below.
He stated in Harmonies of the World:
(Begins) "I commence a sacred discourse, a most true hymn to God the Founder, and I judge it to be piety, not to sacrifice many hecatombs of bulls to Him and to burn incense of innumerable perfumes and cassia, but first to learn myself, and afterwards to teach others too, how great He is in wisdom, how great in power, and of what sort in goodness...' (concludes)'Purposely I break off the dream and the very vast speculation, merely crying out with the royal Psalmist: Great is our Lord and great His virtue and of His wisdom there is no number: praise Him, ye heavens, praise Him, ye sun, moon, and planets, use every sense for perceiving, every tongue for declaring your Creator…to Him be praise, honour, and glory, world without end. Amen."
Johann Kepler ICRt
(Slide Show J Kepler below)

William Whiston: Strong Advocate for the Noah Flood and a Prominent Scientist: 1750 book on Memoirs

Slide show can be paused by placing cursor over image.

Montag of Human Worshippers of God (some discussed Before. Follow slide show.)

Creation Wiki CV of John G Leslie
Trinity Southwest University CV of  JGL
Divine Design In More Ways Than One...
​In the fall of 1974, a young John Leslie arrived in Salt Lake City, Utah. He was there to begin working on his Ph.D. in Experimental Pathology at the University of Utah, where he would study with a renowned expert on blood vessel formation. He had no idea what an exciting and multi-faceted journey he was about to begin.
John had most recently lived some 2,000 miles to the east in the Washington, D.C., area. Washington and Salt Lake City are cities with very different cultures. Members of the Mormon religion settled Utah in the 1840s and to this day constitute a majority of the residents of the state.1 This was John’s first contact with Mormonism. He had been exposed to Christianity as a child by his parents, and knew a basic set of Bible stories, but not much more. When he was a teen, his parents divorced and John felt disillusioned and confused about faith.
Now in Utah and surrounded by adherents of an unfamiliar religion, John began to do a bit of reading to understand Mormonism. The first book he picked up was a critique of Mormonism written by an evangelical Christian apologist.2 Reading this, John was forced to think about his own beliefs and realized that he knew very little. But he knew that he needed God and he knew that Jesus had something to do with it—and that’s what John told God as he committed his life to Him. It was a transforming experience. “I knew something had happened to me, but I wasn’t sure what it was,” John recalls. But one of John’s professors knew what had happened—in fact, the professor who was John’s major advisor. This evangelical Christian and world-renowned scientist began discipling John. John learned that he had indeed been transformed—‘born again’ by the power of Jesus Christ, the Creator of the universe.
Discovering the wonders of creation
This had intellectual as well as spiritual consequences. John saw the world of science in a new light. By his own account, his undergraduate record was average. But as a new Christian and a new graduate student, delving into the study of biology, he began to see the wisdom and grandeur of God in creation.
John thrived in the research-intensive world of graduate school, even coauthoring a paper3 in the prestigious New England Journal of Medicine. He also met his future wife, Barbara, in the research lab. They were married in August 1980, John received his Ph.D. in December,5 and then they were off to Australia, where John had a research fellowship at Monash University.
John became convinced that Darwinian evolution was ultimately not based on science.
It was in Australia that John heard a speaker on biblical creation, a representative of an organization that was later to become Creation Ministries International. John had already come to appreciate the world as God’s handiwork. But he had not thought much about how or when God created. He had always been taught that evolution was a fact and hadn’t questioned it. Until hearing this presentation, he had not known there was a way of thinking about origins apart from the evolutionary model. But after this, he began to rethink his position from both Scripture and science. As John says now, “I went from being a default evolutionist to a diehard creationist.”... (Continued in link below)
Divine Design-CMI 2014

Other Well Known Scientists Who Accepted The Concept Of Creation To Come.

Websites that have more information on Christians in Science