PRINCIPLES OF GOD IN CREATION 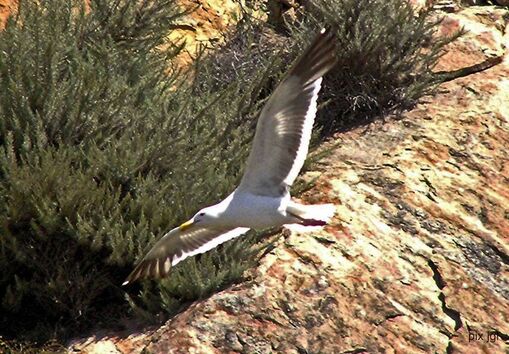 There is a concept that I am only beginning to slightly fathom. It is that God thought up every principle of nature. And then He spoke it into existence.For example: How do birds fly? You say because they have wings. But why do they have wings? How do the wings allow them to fly? You say because of the differential of the density of the air above and below the wing surface created by the wing shape as the air is forced over it. But why is there the principle of differential pressure? Why is there "density" of air? Why does this let them resist the pull of gravity(not how), but then why is there gravity?   What were God's thoughts when He made these principles? I think He teaches us about Himself and His love for us and His Creation (and the impacts of sin) through these principles.
(Picture of Seagull along the California Coast near Morro Bay- by JGL.) It should be noted that Why questions-relate to motives, What questions-relate purpose or function, and Where/When-locality and time, and How-to the process of making or development. The motive of why questions regarding the Creation is one of love: God's love of mankind, the animals and plants. The contrast of corruption seen in parts of the Creation reveal God's justice and mercy yet still motivated by His love.

...They Shall Mount With Wings Of Eagles...

﻿Isaiah 40:28-31
28 Hast thou not known? hast thou not heard, that the everlasting God, the Lord, the Creator of the ends of the earth, fainteth not, neither is weary? there is no searching of his understanding.
29 He giveth power to the faint; and to them that have no might he increaseth strength.
30 Even the youths shall faint and be weary, and the young men shall utterly fall:
31 But they that wait upon the Lord shall renew their strength; they shall mount up with wings as eagles; they shall run, and not be weary; and they shall walk, and not faint.

The Heavens Declare the Glory of God

There are several images so wait to view them.
Psalm 19
19 The heavens declare the glory of God; and the firmament sheweth his handywork.
2 Day unto day uttereth speech, and night unto night sheweth knowledge.
3 There is no speech nor language, where their voice is not heard.
4 Their line is gone out through all the earth, and their words to the end of the world. In them hath he set a tabernacle for the sun,
5 Which is as a bridegroom coming out of his chamber, and rejoiceth as a strong man to run a race.
6 His going forth is from the end of the heaven, and his circuit unto the ends of it: and there is nothing hid from the heat thereof.
7 The law of the Lord is perfect, converting the soul: the testimony of the Lord is sure, making wise the simple.
8 The statutes of the Lord are right, rejoicing the heart: the commandment of the Lord is pure, enlightening the eyes.
9 The fear of the Lord is clean, enduring for ever: the judgments of the Lord are true and righteous altogether.
10 More to be desired are they than gold, yea, than much fine gold: sweeter also than honey and the honeycomb.
11 Moreover by them is thy servant warned: and in keeping of them there is great reward.
12 Who can understand his errors? cleanse thou me from secret faults.
13 Keep back thy servant also from presumptuous sins; let them not have dominion over me: then shall I be upright, and I shall be innocent from the great transgression.
14 Let the words of my mouth, and the meditation of my heart, be acceptable in thy sight, O Lord, my strength, and my redeemer. 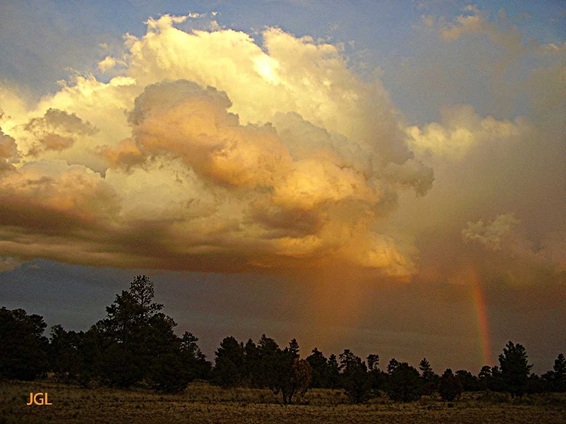 Genesis 9: 8 And God spake unto Noah, and to his sons with him, saying,9 And I, behold, I establish my covenant with you, and with your seed after you;

11 And I will establish my covenant with you, neither shall all flesh be cut off any more by the waters of a flood; neither shall there any more be a flood to destroy the earth.

12 And God said, This is the token of the covenant which I make between me and you and every living creature that is with you, for perpetual generations:

13 I do set my bow in the cloud, and it shall be for a token of a covenant between me and the earth.

14 And it shall come to pass, when I bring a cloud over the earth, that the bow shall be seen in the cloud:

15 And I will remember my covenant, which is between me and you and every living creature of all flesh; and the waters shall no more become a flood to destroy all flesh.

16 And the bow shall be in the cloud; and I will look upon it, that I may remember the everlasting covenant between God and every living creature of all flesh that is upon the earth.

17 And God said unto Noah, This is the token of the covenant, which I have established between me and all flesh that is upon the earth.
From: King James Version of Bible online.


﻿A Greenhouse Atmospheric Effect and No Rainbow Before the Flood

It should be noted that before the flood the sky probably had a denser a canopy of water than now. This would have served to give the earth a greenhouse effect-more constant temperature and humidity, block harmful UV radiation to some degree, yet still provide day and night. And there would have been no rainbow as light would have been diffused through the canopy. So, ﻿the sign of the rainbow would have been a completely new image and experience for Noah.﻿ A sign of God to him-consoling him that God would not destroy the earth again as what Noah had just gone through.

Genesis 1:6 And God said, Let there be a firmament in the midst of the waters, and let it divide the waters from the waters.

8 And God called the firmament Heaven. And the evening and the morning were the second day.

9 And God said, Let the waters under the heaven be gathered together unto one place, and let the dry land appear: and it was so.

10 And God called the dry land Earth; and the gathering together of the waters called he Seas: and God saw that it was good.


It remains somewhat controversial as to exactly what Genesis 1:6-10 has meant. The plain reading of the text is that there was one land mass in the beginning and one mass of water separated from the land. There appeared to have been a canopy of water above.  I am not a geophysicist but I tend to accept the rendering/understanding that at the time of Noah's Flood the earth did tilt and the waters of the heavens (atmosphere and not the stars/planets) did collapse to assist in flooding the earth. See 1st link below for more discussion. Also a book in support of the canopy theory is on the 2nd link. Others emphasize that the waters primarily came from below-see 3rd link (of which I agree with as well).

It should be noted that the canopy concept is controversial because it is a past event, as is the creation or formation of all the universe. Science can not definitively answer how a past non-reproducible event has occurred-ever! See section on The Interfacing of Religion, Philosophy, and Science.

Canopy Theory: Discussion
The Waters Above: Dillow
Argument for Waters of Noah from Below

The Beauty of God in a Raindrop
Proverbs 16:15 "In the light of the king's countenance is life; and his favour is as a cloud of the latter rain." (Remember the Jewish people lived off the land and the "latter Rain" was important.) As Christians we are to wait as it says in James 5: 7 "Be patient therefore, brethren, unto the coming of the Lord. Behold, the husbandman waiteth for the precious fruit of the earth, and hath long patience for it, until he receive the early and latter rain." KJV 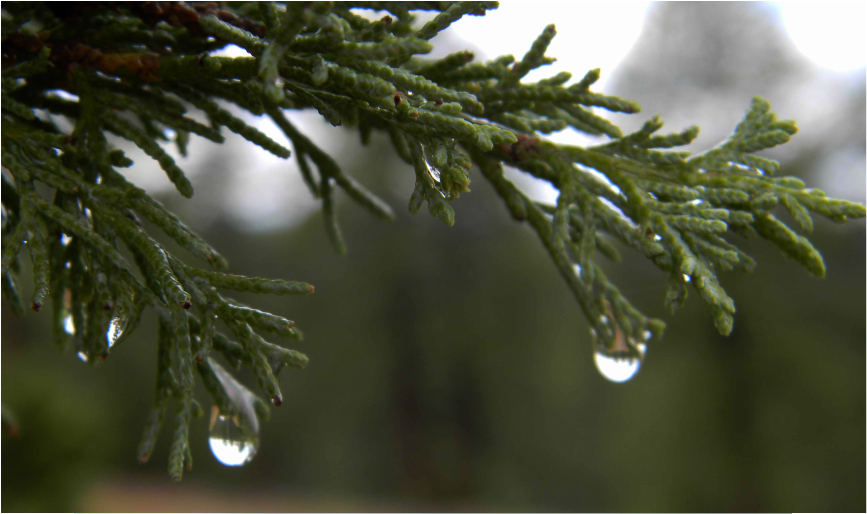 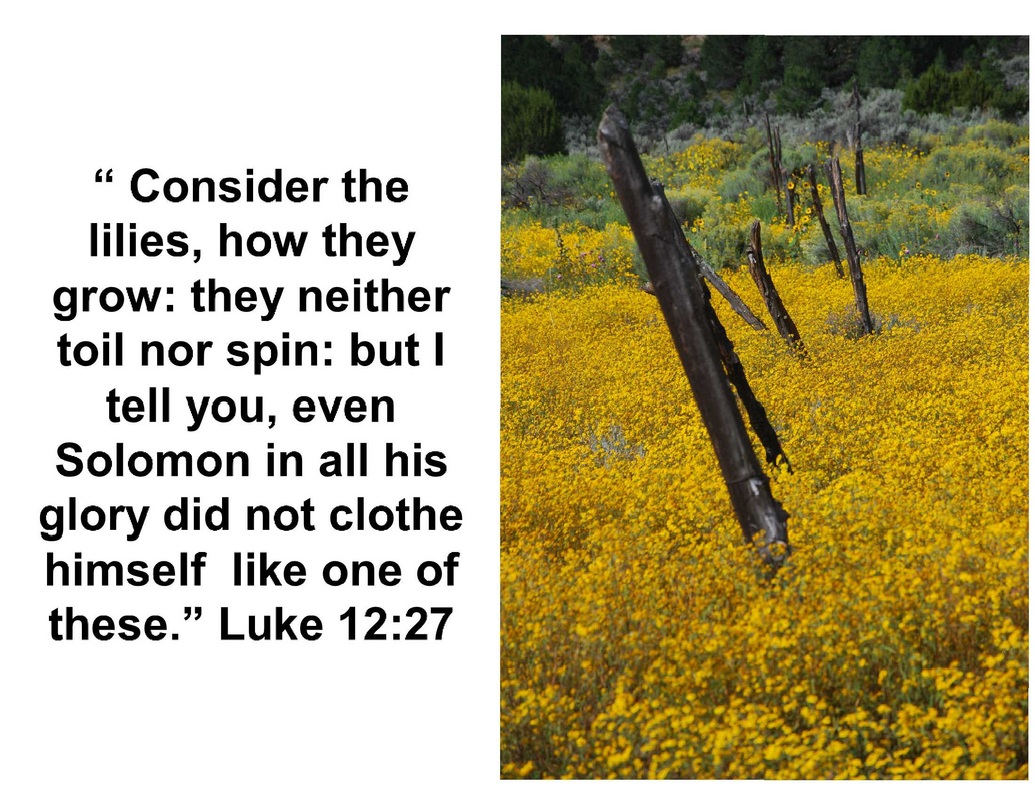 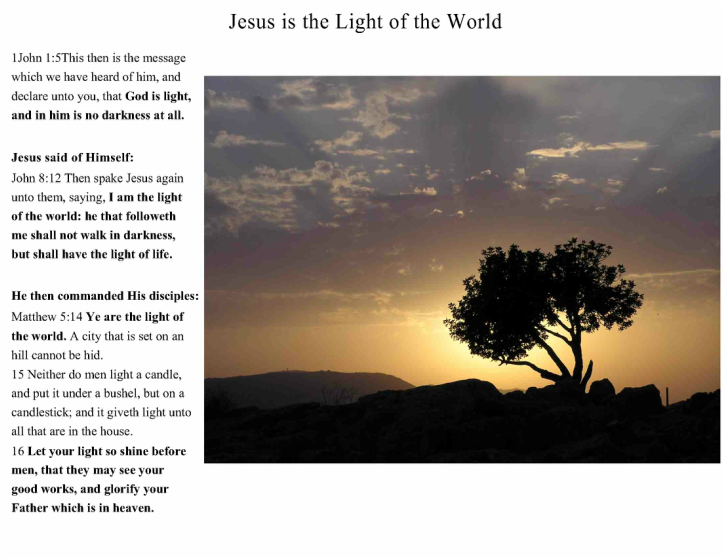 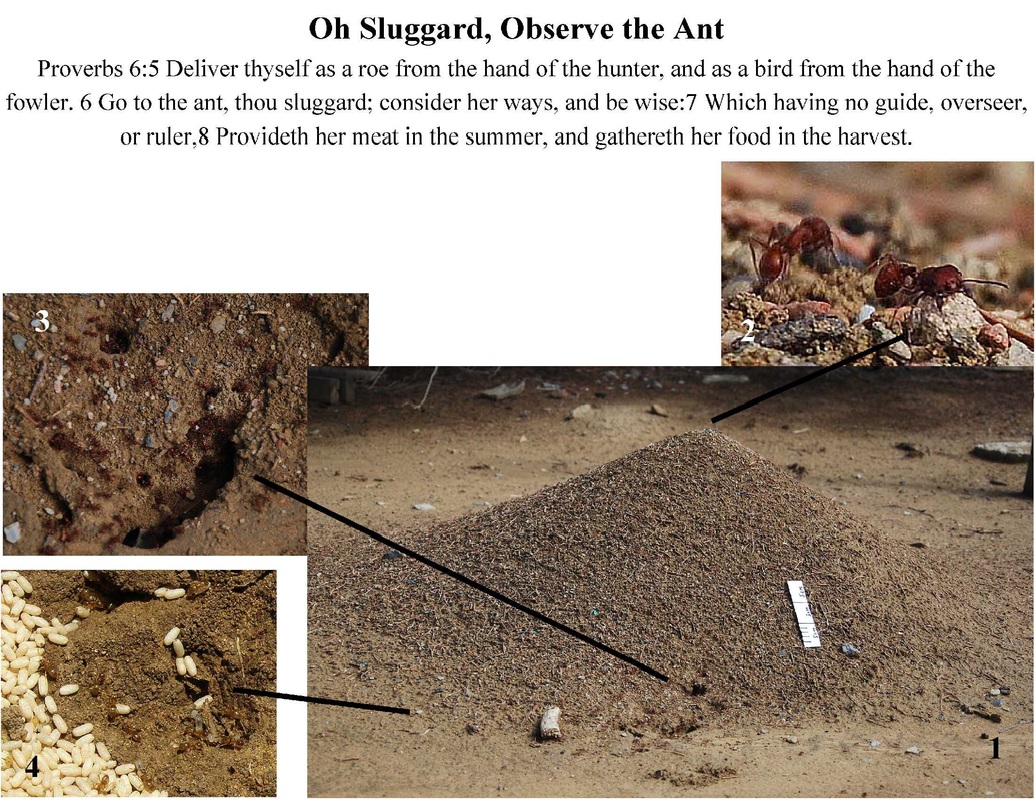 ﻿Figure Legend: 1) A "red" ant hill built from a level surface. The marker is 15 cm long; 2) An ant moving a white granule as large as its body from down the hill upwards to the top; 3) one of the entrances at the side of the hill with ants scurrying in and out of it; 4) The eggs of another colony that was disturbed and the ants are busily moving the eggs into the hole. The ants originally had the entrance coming out of the top of the hill, but when it got to a certain height they brought it out of the lower side of the hill.How did they "figure" this out? They inherently work continually during the day, but become inactive, at least on the surface, at night.

Where did they gain the awareness or "intelligence" to work together-building nests, gathering food, digging tunnels etc. Science can observe what they do, but cannot answer why or what caused them to do it. Yet, the Bible uses them (the ants) to teach humans about God's principles. (Creation Ministries Int'l has an article with more detail-click tab below.)
Ants-Swarm Intelligence 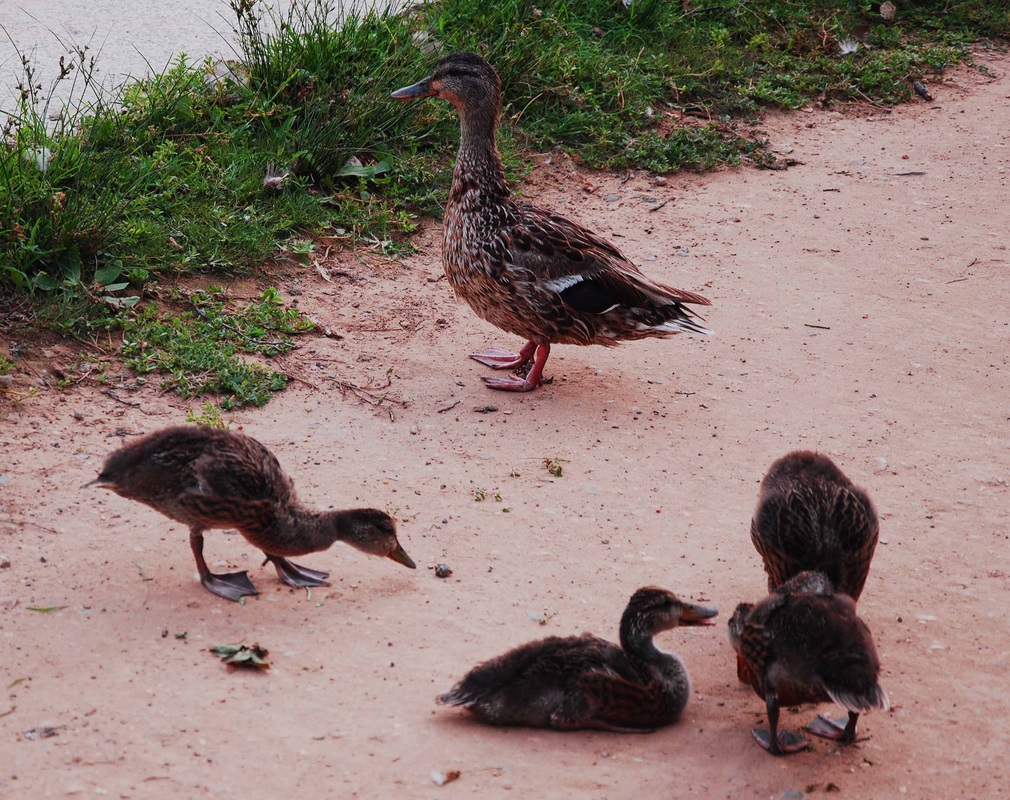 Matthew 23:37 "O Jerusalem, Jerusalem, thou that killest the prophets, and stonest them which are sent unto thee, how often would I have gathered thy children together, even as a hen gathereth her chickens under her wings, and ye would not!" King James Version (KJV) How often has God wanted to gather people under His wings (figurative but also spiritually) but they would not. How great is His mercy to each of us? Let each of us call upon the Lord.


Please note: even in instances where a mother, as human or in the animal kingdom, has done harm to the offspring it is an aberration and not the norm. This is consistent with the fall of the creation, which will one day be restored. Again, evolution has no good explanation for the caring behavior of a mother-especially in the evolutionary context of "nature red in tooth and claw".
Photo of Ducks in Washington DC by JGL. 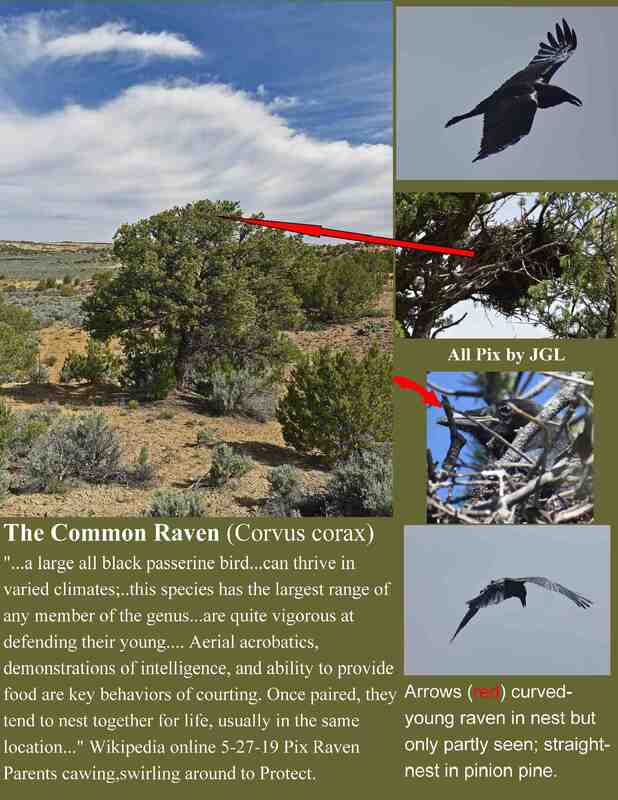 Photos of Ravens by JGL in New Mexico. 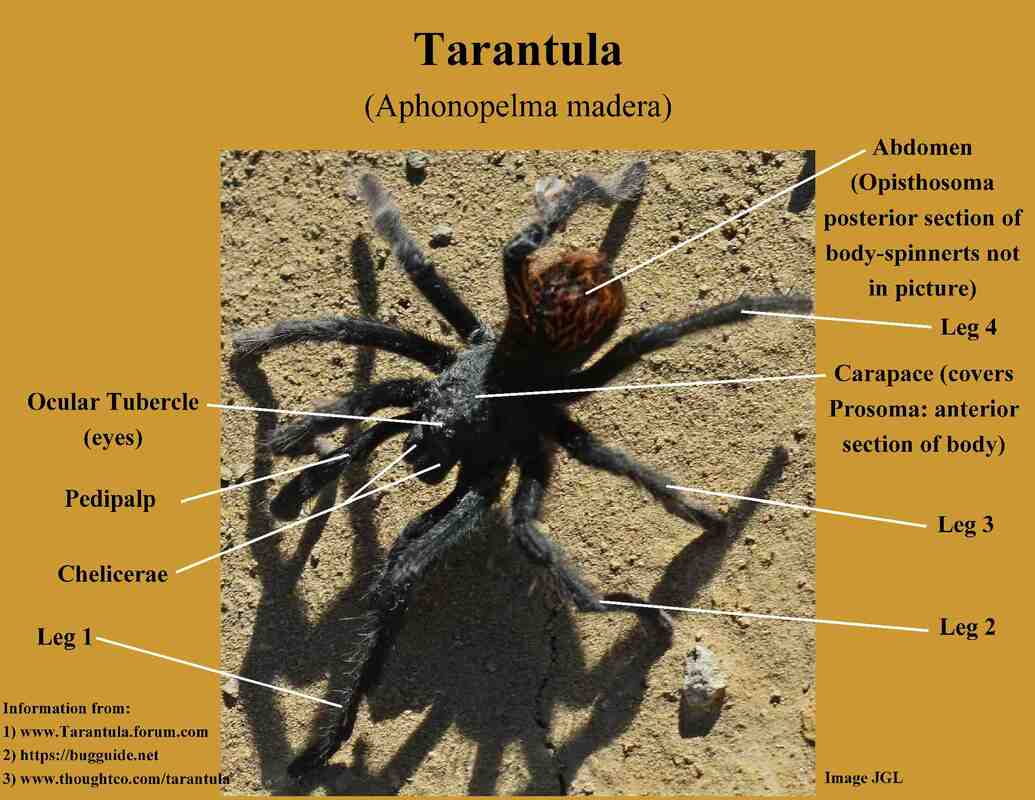