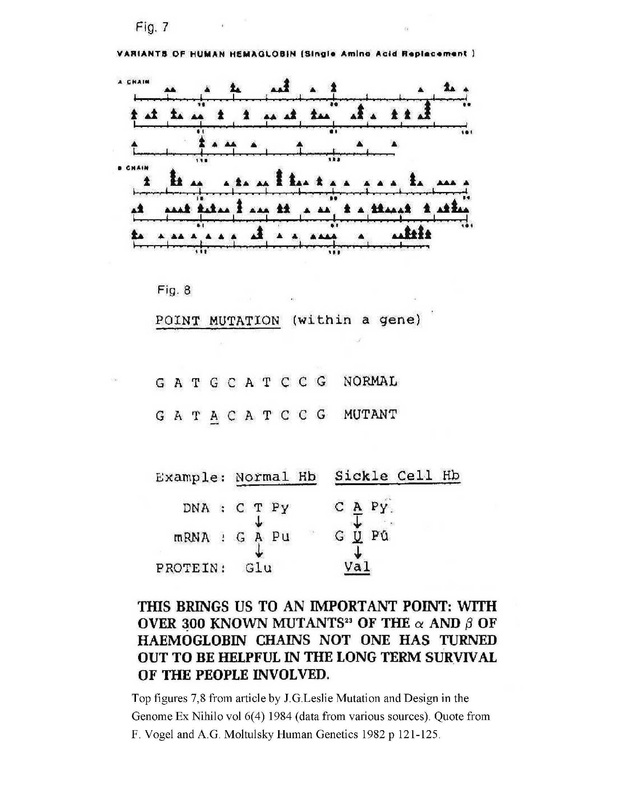 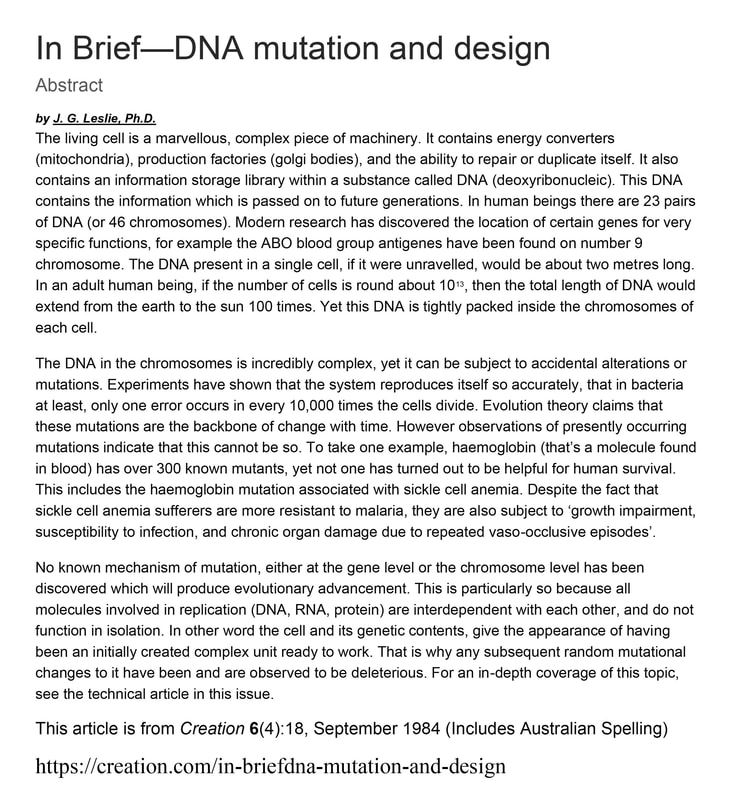 Mutation and Design in the Genome-CMI

"Recent reports on the human genome provide powerful support for the biblical history of Creation and Fall. We are unable to reproduce ourselves without making multiple genome copying errors every generation. As a result our genomes are decaying towards extinction from copy errors alone. However, they make up only 0.1% of the total mutation burden, so 99.9% of that burden must have come from other causes. When decay in copy fidelity is projected backwards in time it reaches perfection around 4,000 BC, and when projected forwards, extinction from copy errors alone occurs in thousands, not millions, of years." By Alex Williams See Link at CMI below. Note: bold lettering applied by JGL for emphasis.
Human Genome Decay-CMI

More Evidence for the Reality of Genetic Entropy

﻿"Our basic claim is that ‘genetic entropy’ works in the real world, which brings questions about the role of natural selection and the long-term survival of species into the future…The paper analyzed mutation accumulation in the human H1N1 influenza genome using over 95 years’ worth of genetic sequences…We provided data that more than suggests that the various influenza viruses that infect humans cannot survive long term, and we were the first to notice the disappearance of the human version of the H1N1 influenza virus in mid-2009…We discussed the 2009-2010 ‘swine’ flu outbreak, noting that it was far less serious than expected, and that this was probably due to the fact that the virus had picked up thousands of mutations and was much less robust compared to the original H1N1 ancestral …accumulating mutations are not silent, even those that do not affect the amino acid chain of a protein, because codon usage influences translation efficiency…"﻿ ​See rest of article below.

The Origin of Bubonic Plague
by Allen Gillen and Frank Sherwin

﻿"Many infectious diseases can be traced back to the decay and corruption of the original created design of microorganisms as a result of the Fall. Corruption literally means to destroy (from the Latin corruptus). The origin of pathogenic (disease-causing) bacteria such as Y. pestis is complex and multifaceted, and may be explained by a combination of genes that were lost, added and moved. The story of Yersinia’s degeneration into the plague pathogen may serve as a model of ‘fast’ genomic decay and corruption." See rest of article below.
Origin of Bubonic Plague-CMI 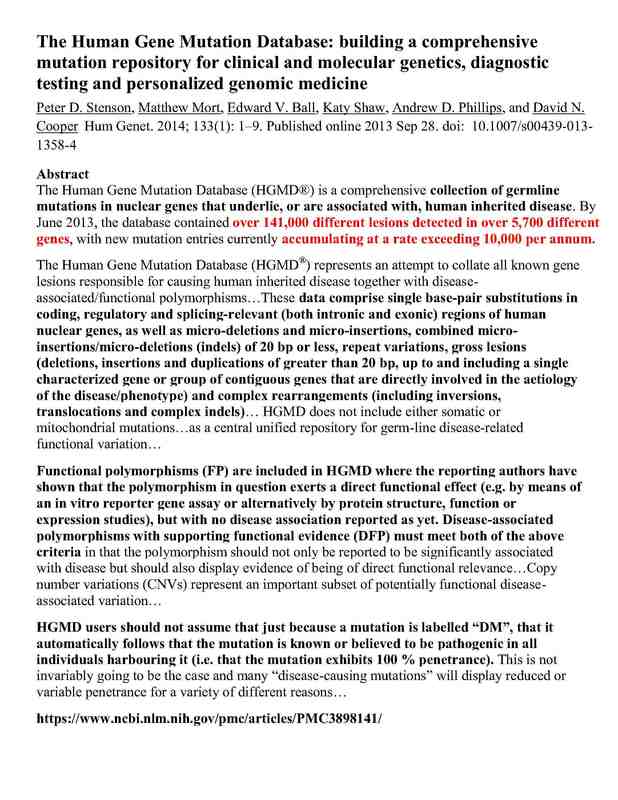 Please note that the data collection is ongoing.More and more DNA fragmentation is being identified and associated with varying degrees of disease expression. Mutations are not the building blocks for evolution. They are the evidence for life forms deteriorating. This is consistent with the Creation being good in the beginning and then through sin death entered the creation and with it the degradation of the Creation.

...This wealth of data has revealed wide-spread genetic entropy in human and other genomes. Loss of the vitamin C pathway due to deletions in the GULO (L-gulonolactone oxidase) gene has been detected in humans, apes, guinea pigs, bats, mice, rats, pigs, and passerine birds. Contrary to the popularized claims of some evolutionists and neo-creationists, patterns of GULO degradation are taxonomically restricted and fail to support macroevolution. Current research and data reported here show that multiple GULO exon losses in human, chimpanzee, and gorilla occurred independently in each taxon and are associated with regions containing a wide variety of transposable element fragments...Taxonomically restricted gene degradation events are emerging as a common theme associated with genetic entropy and systematic discontinuity, not macroevolution..."
See rest of article below at link below:
GLUO Pseudogene
Some Groups espousing to be Christians have attempted to use the GULO pseudo gene as evidence for evolution.The above article has argued strongly against the claims of evolutionary relationships based on the GULO pseudogene.

​The article below is a summary argument against the views of many of those same groups that would deny the observations of gene entropy.I appreciate so much the works of Dr John Sanford,  Dr. Jerry Tomkins and Dr Robert Carter

Critic ignores reality of Genetic Entropy The author of a landmark book on genomic decay responds to unsustainable criticisms. by Dr John Sanford

A section from the article: "Is there a theoretical problem associated with continuously growing genetic load due to subtle un-selectable deleterious mutations? Yes, according to Muller, Kondrashov, Loewe, and many others. Population geneticists all seem to acknowledge the fact that a large fraction of deleterious mutations are too subtle to be effectively selected away. The question is, what is that fraction? At what point does the fitness effect of a deleterious mutation become too small to be selected away? I have been studying this for about 7 years. Our numerical simulations indicate that for higher organisms, up to 90% of all deleterious mutations should be un-selectable (in press). This manuscript was previously sent to Scott, but it seems he did not read it. Can Scott explain away this theoretical problem?"

​Note Scott Buchanan was critical of gene entropy.and accepts evolution as God's way of making the life in the universe. He discussed this in his "Letters to Creationists. Evolution and Faith: My Story Part 2." Sadly, I believe he has compromised the scriptures and science.
Gene Entropy

Metamorphosis: Profoundly Complex and At Risk to Mutations 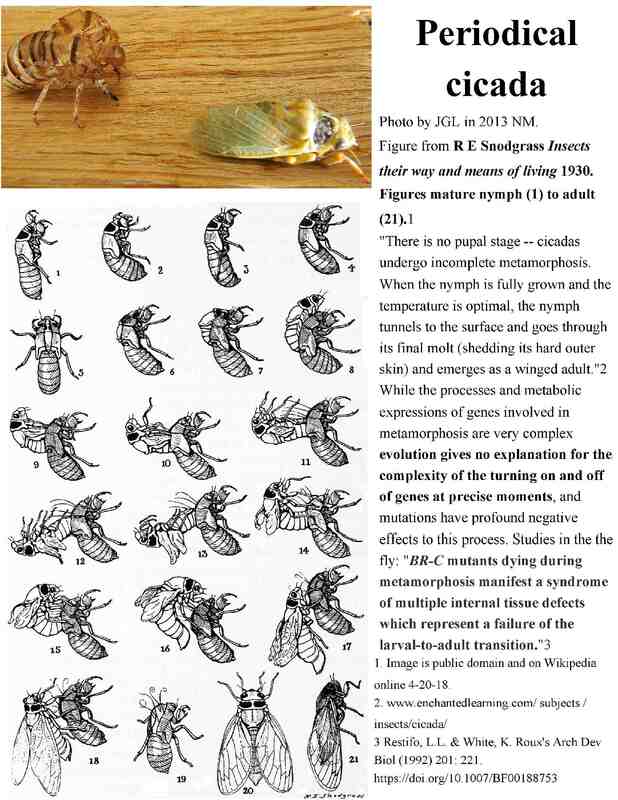 It is unclear what role metmorphosis may have played before the corruption of the Creation and how much it may have changed, but it is a marvelously complex process that can be easily broken at multiple steps by mutational processes. It is probable that these types of mutations are uniformly lethal.