Cambrian rock layers contain many strange animal fossils, and very few fossils appear in layers below them. Called the "Cambrian explosion of life," the creatures in these layers come from all the major groups of animals alive today (including fish, which represent the vertebrates), plus many more that later became extinct.Evolutionists, starting with Charles Darwin, have had a difficult time explaining why such richly diverse aquatic life forms appeared so suddenly and with no trace of evolutionary ancestry in lower (pre-Cambrian) rocks. According to neo-Darwinism, new life forms develop through time, chance, and death. Without the time, the formula cannot work, and yet Cambrian fossils are a parade of well-designed creatures that lived at the same time, not in separate evolutionary ages." See ICR link below.

Amazingly, Louis Agassiz argued in the same manner in the 1860's. The frontise piece to his Zoology text reflected this observation. He noted complexity of life forms from the beginning. (Note: he did accept long ages for the earth-but was adamantly opposed to Darwinian evolution. See other comments under tab: History of support for creation in Issues in creation and evolution.) 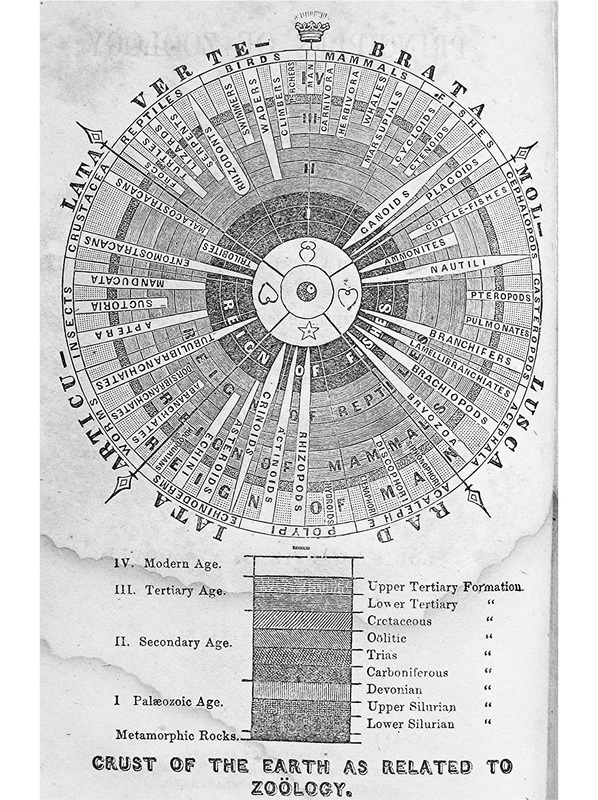 Trilobites: Examples of very complex life forms in deep strata of the earth, large variety of forms, broad spread across continents and evidence for rapid catastrophic burial. All consistent with the Noah Flood Account.