Impact Of Mutations On Biologic Design 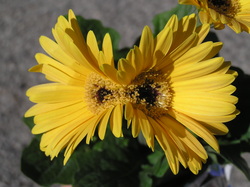 A mutant flower-duplication. But it does not result increased complexity or useful information content. Usually the redundant structures lead to decreased functionality. Mutations are unintended alterations that occur in the DNA structure and alter its information content. Some result in effects that are then transmitted to the organism's structural components. These alterations are uniformly deleterious. The concept of gene mutational load only compounds this problem and is discussed in the articles and references below.
This is relevant to the creation/evolution debate in that mutations have been touted as the mechanism by which evolutionary change occurs. Mutations may result in variation, are deleterious, and they do not result in trans-organism (from one life form to another) change. Evolution has no known mechanism for increasing useful information content or for the presence of the vast variety of animal and plant groups in the earth.

Article: Why the shared mutations in the Hominidae Exon X GULO Pseudogene are not evidence for a common descent. J Creation 21 (3): 113-118, 2007 by R. Truman and P Borger. Click button below to read article.

"The GULO X pseudogene has been used for years as evidence for evolutionary theory. Since Hominidae are claimed to have evolved from a rat common ancestor, the modern rat GULO sequence was used as the outgroup in phylogenetic tree building. Our analysis shows that the sophisticated mathematical treatment and the conclusion that differences from the rat sequence fits perfectly with an evolutionionary model for random neutral mutations was never warranted, even had the rat sequence been representative of the intact GULO gene...."

"In the same way that species are not static, neither are genomes. They change over time; sometimes randomly, sometimes in preplanned pathways, and sometimes according to instruction from pre-existing algorithms. Irrespective of the source, we tend to call these changes ‘mutations’. Many evolutionists use the existence of mutation as evidence for long-term evolution, but the examples they cite fall far short of the requirements of their theory." Written 2011 See Link below:
Mutations New Information-CMI

Mutation and design in cellular metabolism
﻿(﻿﻿This article was written in 1986 and so some information is antiquated but the deleterious effects of mutations on various structures of the cell remain including those of DNA, protein, and carbohydrate function.﻿﻿)﻿ 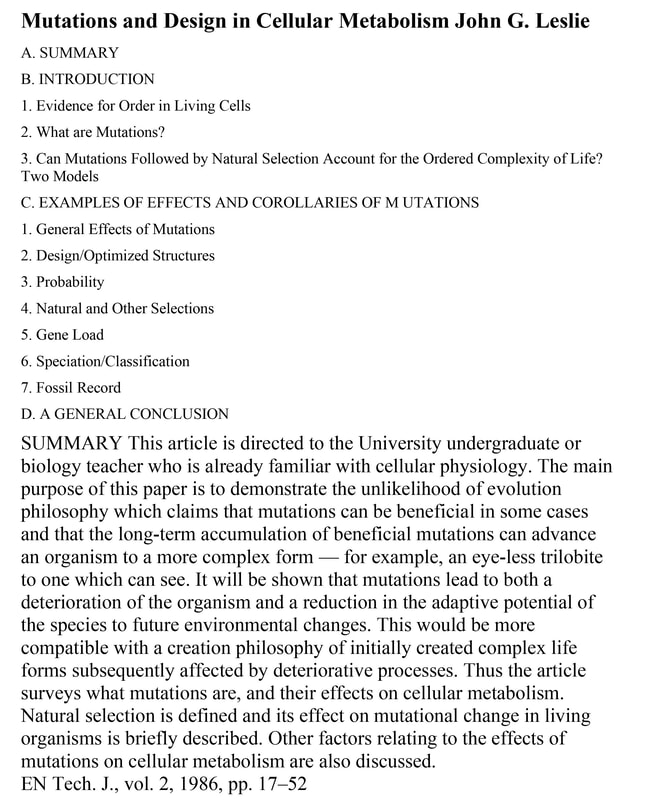 See link below for entire article.
Mutation and Design

Specific Examples from the Paper on Mutations and Design...(1986) regarding harmful alterations, by mutations in protein, carbohydrate, nucleic acid, adrenal steroid, and amino acid production and the destructive impact on the organism (human in these examples). (Note: much more information is available now than when the paper first appeared. Updated information is being added to the figures below, e.g. specific gene mutations.  Also, see Sandford's book and article listed below. Also, please note that the descriptions of diseases listed on this site are for the general purpose of revealing the deleterious effects, by a vast majority, of  mutations. Please see NIH website for more complete accurate up to date information on genetic defects at: http://ghr.nlm.nih.gov/.)

Another Reference to the Impact of Mutations on the Genome-published 2005.

Article by Dr Sandford in Response to a Critic of His Book Genetic Entropy... (see link below)

In response to an article critical of his book, Sandford responded in 2013 (see link below);
1. "Is man presently degenerating genetically? It would seem so, according the papers by Muller, Neal, Kondrashov, Nachman/Crowell, Walker/Keightley, Crow, Lynch et al., Howell, Loewe and also myself (in press)...Kondrashov, an evolutionist who is an expert on this subject, has advised me that virtually all the human geneticists he knows agree that man is degenerating genetically. The most definitive findings were published in 2010 in the Proceedings of the National Academy of Scienceby Lynch. That paper indicates human fitness is declining at 3–5% per generation. I personally feel the average mutational effect on fitness is much more subtle than Lynch does—so I think the rate of human degeneration is much slower than he suggests...
2. "Is there a theoretical problem associated with continuously growing genetic load due to subtle un-selectable deleterious mutations? Yes, according to Muller, Kondrashov, Loewe, and many others. Population geneticists all seem to acknowledge the fact that a large fraction of deleterious mutations are too subtle to be effectively selected away...for higher organisms, up to 90% of all deleterious mutations should be un-selectable..."
3. "What is Dr. Ohta’s view on genetic degeneration?...She is the world’s authority on the topic of near-neutral mutations. One of my co-authors went to Japan to spend several days discussing with her a manuscript in which we used numerical simulation to clearly demonstrate that near-neutral deleterious mutations generally escape selective removal and lead to continuous and linear accumulation of genetic damage. She acknowledged that our numerical simulations appeared to be valid, and that our conclusions appeared to be valid...I think Dr. Ohta would like me to clarify that she is a faithful Darwinist and remains committed to the Primary Axiom, and that she is in fact hostile to the thesis of my book."

Note: CMI has given me permission to extensively quote Dr Sandford.
Genetic Entropy-Sandford

Speciation and Adaptation Support Creation but not Evolution 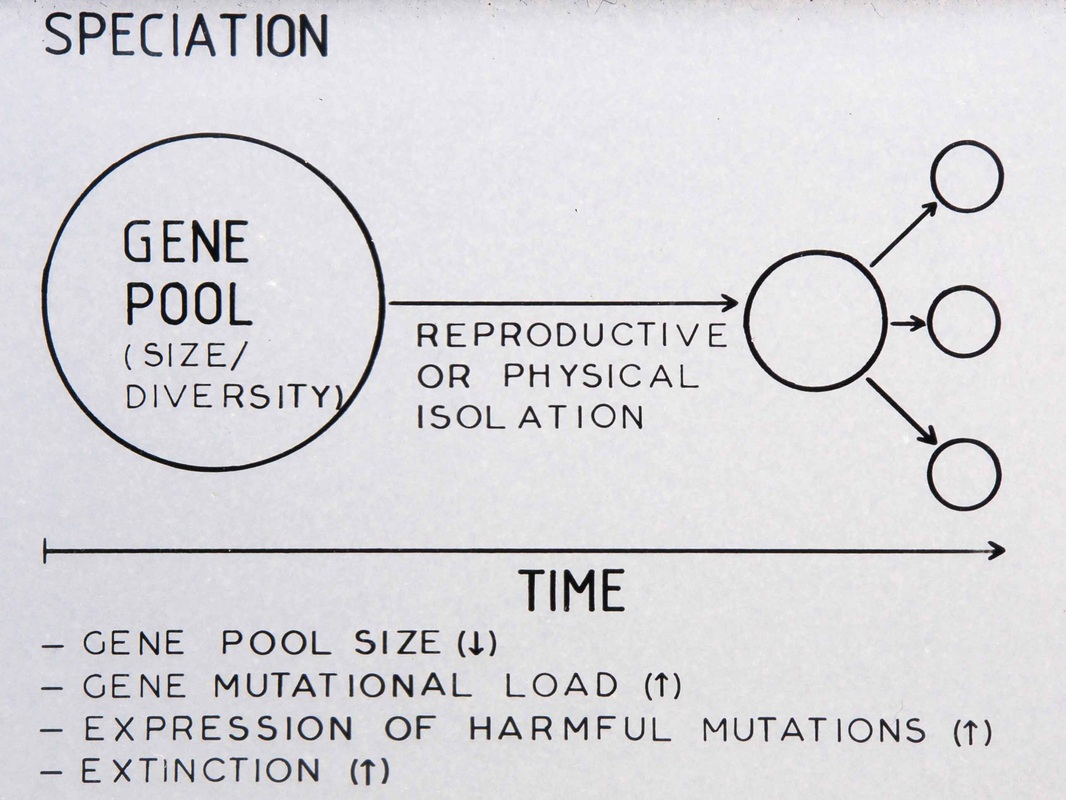 Speciation does occur, but the simple diagram above reveals that it does not lead to trans-organism change. It, speciation, strongly argues for variation within a "kind" of organism only. As well, it may be a part of a process of adaptation to changing environments. But, neither concept has been shown to lead to trans-organism change. Yet, deterioration of  organisms by this process has been shown to occur. For a discussion on gene mutational load see the articles above. See the articles below for a more in depth discussion on the subject of speciation/adaption. Above diagram by JGL. 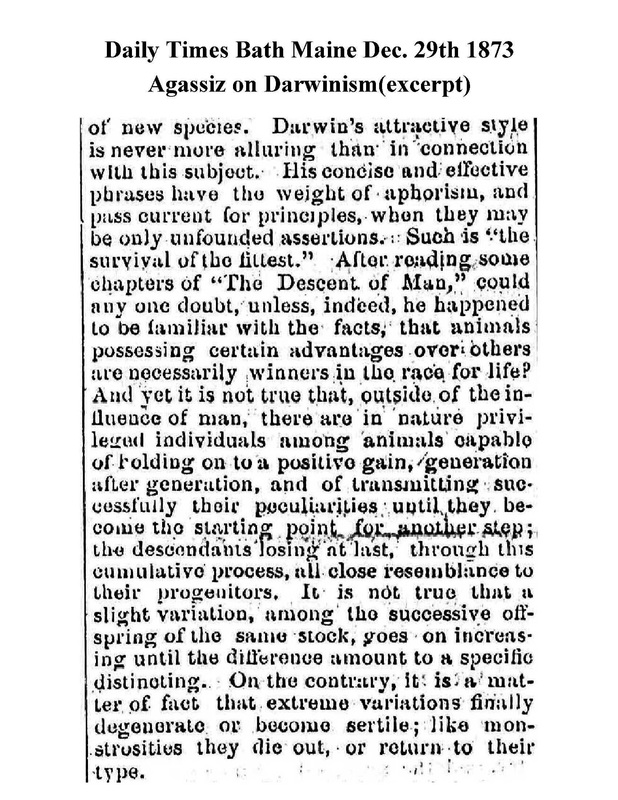 "Mutations alter the nucleotide sequence of the DNA. They may affect the organism’s phenotype, which can play a key role in bacterial adaptation and transformation to changing environments. Some of these mutations even appear to be benefi cial to the organism. ...However, analysis showed that most contained deletion mutations in various genes. Each of these examples, as well as numerous others, involves certain environmental conditions that make these mutations phenotypically benefi cial. However, these mutations frequently eliminate or reduce pre-existing cellular systems and functions. This has been referred to as antagonistic pleiotropy; meaning the cell experiences a trade-off where a temporary benefi t for surviving one environmental condition is provided at the expense of systems used for other environments..."
Creationist Perspective of Beneficial Mutations