The Uniqueness of Life Forms 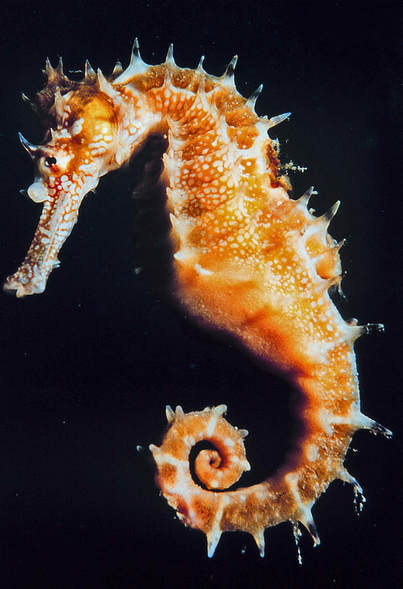 "Seahorse (also written sea-horse and sea horse) is the name given to 45 species of small marine fishes in the genus Hippocampus. "Hippocampus" comes from the Ancient Greek hippokampos (ἱππόκαμπος hippókampos), itself from hippos (ἵππος híppos) meaning "horse" and kampos (κάμπος kámpos) meaning "sea monster".Having a head and neck suggestive of a horse, seahorses also feature segmented bony armour, an upright posture and a curled..."appendage.
Habitat "Seahorses are mainly found in shallow tropical and temperate saltwater throughout the world, from about 45°S to 45°N . They live in sheltered areas such as sea grass beds, estuaries, coral reefs, and mangroves. Four species are found in Pacific waters from North America to South America. In the Atlantic, H. erectus ranges from Nova Scotia to Uruguay. H. zosterae, known as the dwarf seahorse, is found in the Bahamas. Colonies have been found in European waters such as the Thames Estuary.
Three species live in the Mediterranean Sea: H. guttulatus (the long-snouted seahorse), H. hippocampus (the short-snouted seahorse), and H. fuscus (the sea pony). These species form territories; males stay within 1 m2 (11 sq ft) of habitat, while females range about one hundred times that." From Wikipedia. Pix US Government public domain on Wikipedia.                                     The assumptions of evolution: 1) assumed derivation from pipe fish: “While the discovery of a fossil of the 'missing link' would clarify the transition from a horizontally-swimming pipefish-like fish to the upright-swimming seahorse, such a fossil is not necessary to understand how seahorses evolved. Many pipe fishes have changed little since their earliest appearance in the fossil record, and it is very likely that the 'missing link' that gave rise to seahorses also has living descendants that still look very much like their ancestor.” From: www.molecularecology.flinders.edu.au/uploads/54834/ufiles/pdf/54-seahorse.pdf  Nov/Dec 2009.  2) assumed expansion from pipe fish to seahorse then attachment of a male to seaweed and spread across the oceans/seas of the earth.Above reference. (This point is plausible post flood but not it's association with the change from pipe fish to seahorse.)                        The fossil record: "Seahorses (Syngnathidae: Hippocampus) are iconic marine teleosts that are readily identifiable by their upright posture. The fossil record is inadequate to shed light on the evolution of this trait because it lacks transitional forms...using sequence data from five nuclear loci, we confirm the sister taxon relationship between seahorses and pygmy pipe horses. Molecular dating indicates that the two taxa diverged during the Late Oligocene."  Bold letters by JGL.                  From Biol Lett. 2009 Aug 23; 5(4): 521–523.
The assumptions of evolution: 1) No fossil transition forms and yet assumed to have existed, 2) sequence data of living forms compared and some similarities-thus assuming that from the partial DNA data the two different life forms are progenitor related, 3) age of the fossils as being from the Oligocene. Many Creation geologists have shown the problems with dating of geologic strata. (See Dr Andrew Snelling Links below).

JGL comment: Please note the lack of data for transition fossils and the partial DNA data only show evidence for similar structure/function design between pipe fish and sea horses and not progeny. (I do not have the the genomic data before me, but it has been shown when comparing the chimp to human DNA data that a picking and choosing of which sections and how much to compare can alter the results. (See Creation Ministries International online and Answers in Genesis online for information on chimp and human DNA comparisons.One link below.) The usefulness in comparing DNA and RNA data from among different groups of life forms must be done very cautiously-with limited conclusions.)
​Creation Ministries International has several articles online regarding the sea horse. See links below: 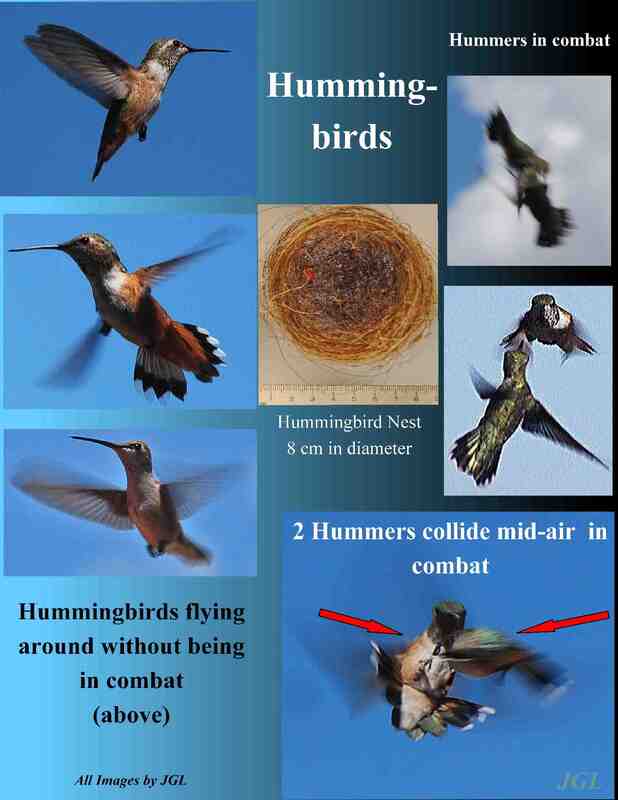 "...nest varies in size relative to the particular species-from smaller than half a walnut shell to several centimeters in diameter. Many hummingbird species use spider silk and lichen to bind the next material together and secure the structure. The unique properties of the silk allow the nest to expand as the young hummingbirds grow. Two white eggs are laid, which despite being the smallest of all bird eggs, are in fact large relative to the adult hummingbird's size. Incubation lasts 14 to 23 days, depending on the species, ambient temperature, and female attentiveness to the nest. The mother feeds her nestlings on small arthropods and nectar by inserting her bill into the open mouth of a nestling, and then regurgitating the food into its crop.
Most hummingbirds of the U.S. and Canada migrate southward in fall to spend winter in Mexico, the Caribbean Islands, or Central America."
From Wikipedia "Hummingbirds" Online 8-10-2017
Please note that the article has assumed evolutionary concepts not necessary to understand the bird itself. Yet, these observations can just as easily be put within a creation philosophy. I choose the creation view. 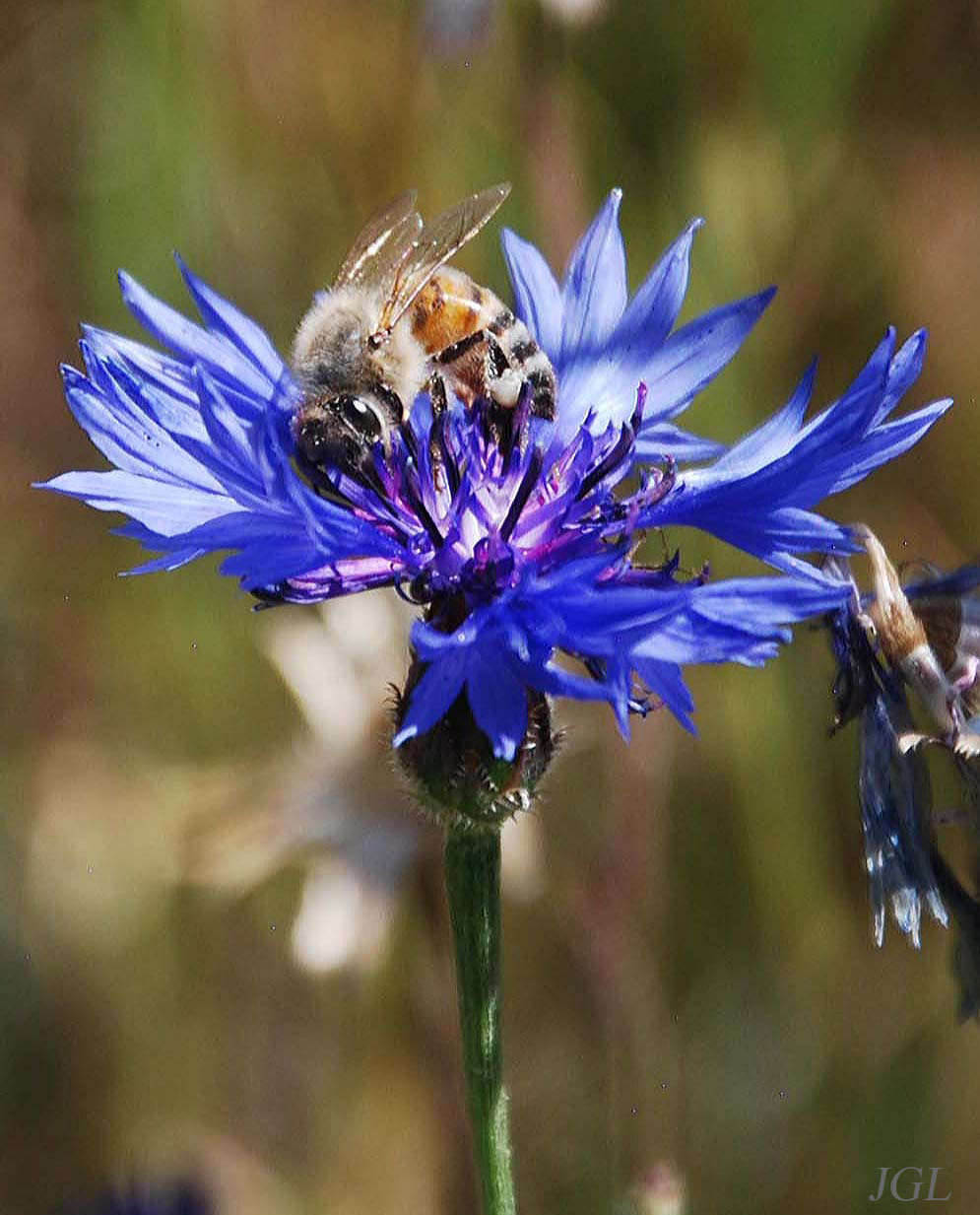 "Bees beat their wings about 200 times a second. Their thorax muscles do not contract on each nerve firing, but rather vibrate like a plucked rubber band. This is efficient, since it lets the system consisting of muscle and wing operate at its resonant frequency, leading to low energy consumption. Further, it is necessary, since insect motor nerves generally cannot fire 200 times per second.[76] These types of muscles are called asynchronous muscles[77] and are found in the insect wing systems in families such as Hymenoptera, Diptera, Coleoptera, and Hemiptera..."
https://en.wikipedia.org/wiki/Bumblebee